Let's talk a minute about morality, censorship, and the Brave Souls who constantly fight "The Good Fight" to keep our young-un's wholesome and on the path of Righteousness. I will do this by talking about a new video game!

Below are some screenshots taken from the game's website. Most of them come from the teaser movies on the site. Let's take a look at a girl who keeps popping up in these scenes. 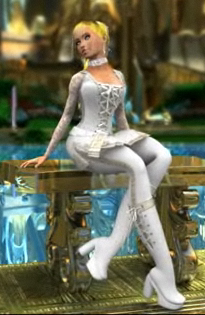 Hell of an outfit, girl! She's rockin' some serious stripper boots, a very short skirt, a corset and a choker. Let's get a close-up: 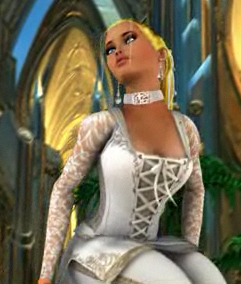 Daaaaamn! Nice cleavage. Wanna see more? Of course you do! 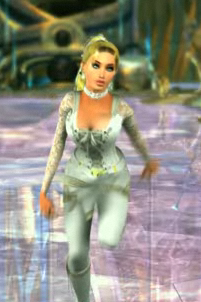 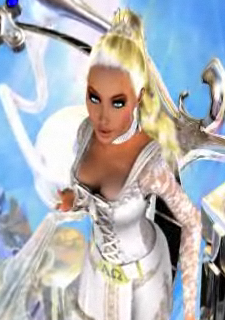 Another shot of those sexy stripper boots: 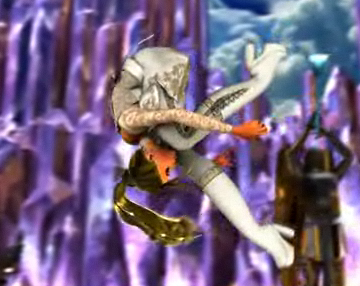 This girl has some serious DSL: 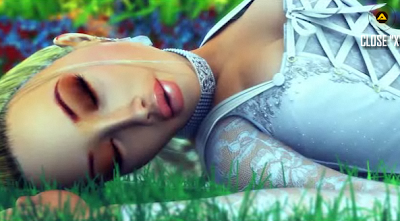 And I've saved the best for last: 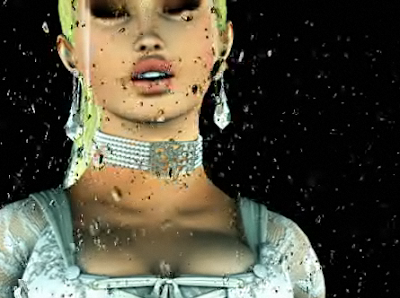 Now I have a question for you: Would you let your pre-teen son play a game with this girl in it? How about your daughter? What would seeing this character do to your little girl's self-esteem?

Think about that a minute. Done? Good. Now let's talk about this game...

In this game, you play a guy named Joshua. Joshua dies, but because he's a good boy, he goes to heaven. While in heaven, he meets this girl. She's his grandmother.

Q: Is this Biblical?

A: YES! All the ideas came directly from the Bible.

Okay...I've read the Bible cover-to-cover three (almost four) times in my life, and I don't recall any passage that says your dear ol'Granny will spend eternity in Heaven as Angelic Stripper Barbie. Someone point it out to me. I must have missed it. 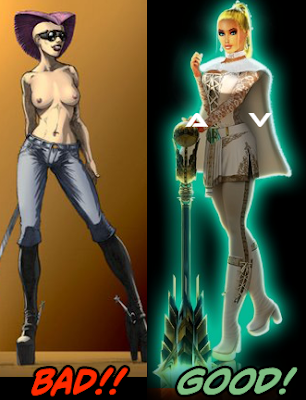 I see a difference here, but I don't see that much difference.

Parents are gonna buy this game for their kids, too. Because it's wholesome and wonderful and full of religiousy goodness. The Moms who buy this for their kids are gonna be the same Moms who complain about Rated R moves, but take their kids to see Pirates of the Carribean so they can drool over Johnny Depp and Orlando Bloom.

Moral of the story: You're no better than I am. I'm just honest about what I like.
Posted by Adam Black at 1:56 PM 3 comments:

Press release can be found here.

Nothing I can talk about in detail just yet, but it's all good news. I'm stoked!