This took me 15 minutes to pencil and ink. Just goofing off while taking a break from designing the cover to Issue Three of Locus.

I do so many of these little 15-minute goof-off pictures that my wife said I should start putting them online. So here you go! 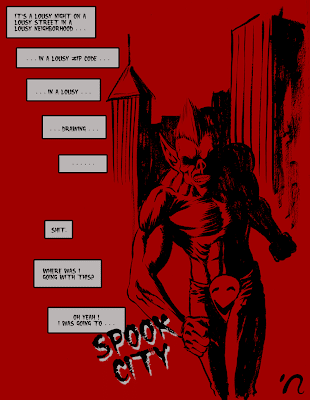 Posted by Adam Black at 7:45 PM No comments:

Here's a little sneak-peek at a side project I'm working on. This is a picture of Locus' mother, Eden. 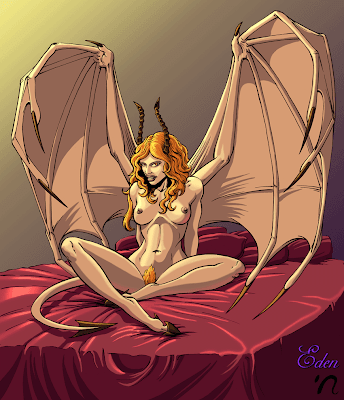 Fooling around with face-recognition software

I should be working today, but I had to play around with this "which celebrity do you look like" application.

I uploaded some pictures of myself and got some very strange results. Then I uploaded a couple pictures of my wife (she wanted to play, too) and it only recognized two of the four pictures of her. I guess it doesn't like profiles.

Then, my wife suggested I try it with a picture of Emily the Strange (this picture, in fact), but it didn't recognize a face at all.

Which isn't surprising--that's a very basic representation of a human face.

Well, this got me to thinking...what would my very own comic-book heroine Locus look like?

I submitted this picture: 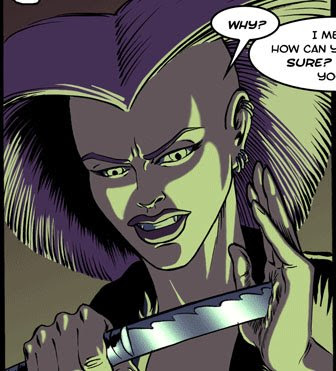 And again, it didn't recognize a face at all.

So I started thinking about colors and such, but especially file size. I did a quick, 10-minute sketch of Locus in a straight-on, boring face shot. The kind of thing she'd have on her driver's license:

(note that these drawings are all scanned in at full color and 300dpi, in order to give the recognition software more data to work with) 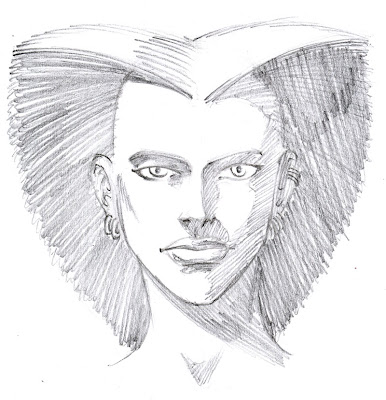 I wasn't expecting it to recognize a thing, but it did! It gave some interesting matches, too: 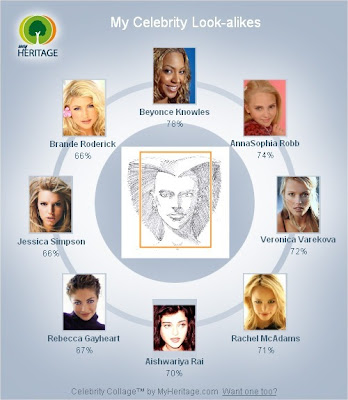 Now I was getting interested in how this thing worked. It actually picked up some quick and sloppy pencil work. What would it do with old-school black & white inks? 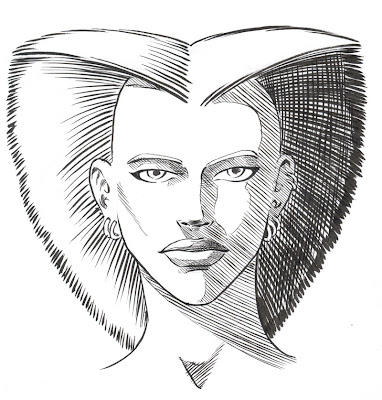 Here's what it gave back to me after thinking about it for a minute or so: 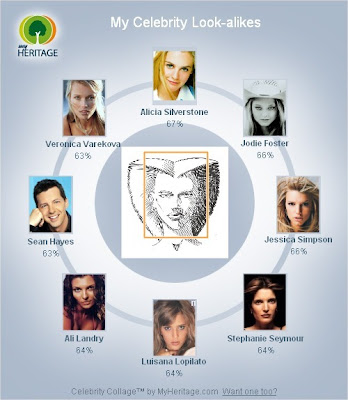 At this point, I was having a lot of fun. The next logical step was color. Nothing fancy--I should be working, after all. So I stuck some quick flats behind the inks.

(If you've never heard the term, "flats" means a flat base color which a colorist uses to block off major shapes for coloring later)

Note that these are the base flats I use to color Locus in the comic. 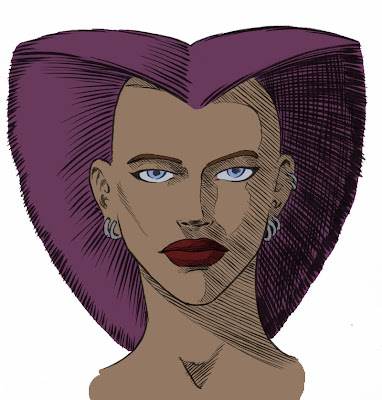 And here's what the software spit back out: 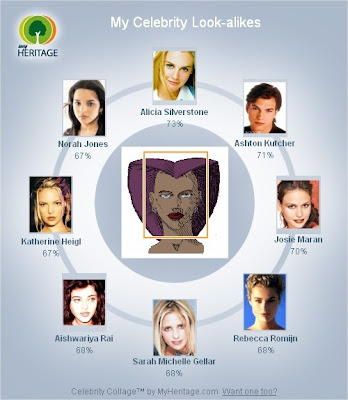 I decided to do a quick coloring job--just modeling the forms as quickly as I could. I really didn't spend more than five or six minutes on this. Used a lot of Color Dodge (brush set at 19%). It's nasty-looking, but this is what I ended up with: 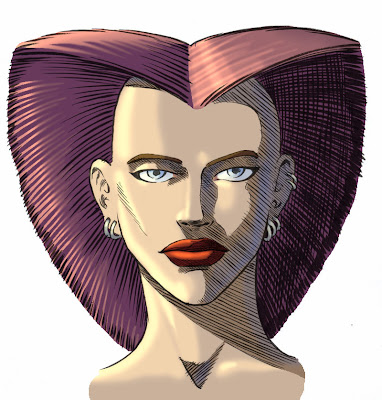 The software couldn't recognize a face anymore. It must've been the awful job I did on the left side of the face (her right side, if that makes more sense to you). I really didn't do that cheekbone right.

It also might've been the inks, I thought. All that weird cross-hatching might've made sense to the program when it was just black and white or flatly-colored. So I touched it up a bit and removed the inks altogether. I also added a very basic gradient background to sort of half-ass show where the light was coming from. I figured I'd help the software out a little that way.

And again: this isn't a very good piece of art. I'm experimenting here--trying to see how this thing thinks--not trying to make an actual portrait.

Besides, I really should be working right now. :) 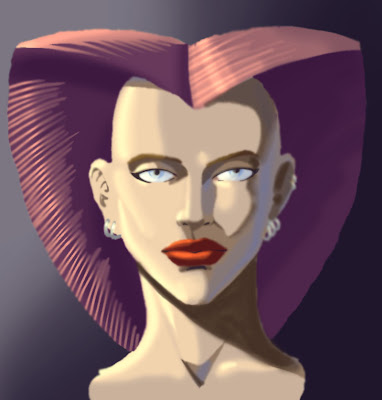 I uploaded the inkless Locus and...it recognized her face again! Here's what it gave back to me: 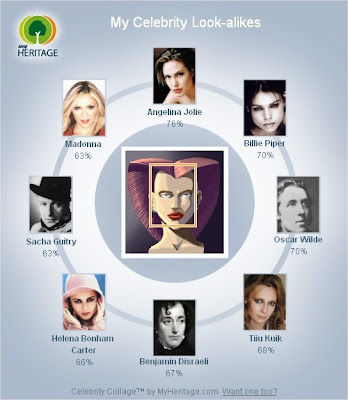 At that point, I realized it was getting late in the day and I should knock it off and get back to work.

This was a fun experiment. Educational, too. Note the duplicates:

Jessica Simpson showed up in the pencil and ink results, with 66% match for the pencils and 66% (again) for the inks.

Aishwariya Rai shows up with a 70% match with the pencils, but disappears from the results until I put flat colors behind the inks. Then she returns at a 68% match.

Alicia Silverstone matches the inks at 67%, and the flat-colored inks at 73%.

The final image (as terrible as it looks) manages to match with Billie Piper and Helena Bonham Carter, which is interesting. I never noticed Locus bearing a resemblance to either of those two ladies, but now that I look at it...

At some point, I think I'll try this again--but not till I have more time to do a better job. Something painterly, maybe. Who knows?

Locus Issue One now in print!

Hopefully, you've been following the webcomic I've been putting my heart and soul into since November of 2008--that little ditty called "Locus", whose tagline is "Boobs, Blood and Bad Language". If not, click here!

Issue One is now up on Indyplanet.com, and includes all 24 pages, plus 4 more pages of never-before-seen Locus concept art, some of it going back years.

Click here to get your own copy, and to help keep your favorite starving artist up to his armpits in ramen and mac & cheese. :)
Posted by Adam Black at 3:19 PM No comments: